It’s safe to say that I know a thing or two about being manic.

Not manic “ahh I’m so stressed” but manic as in “ahh I have no idea what I’m doing right now”. I realized that as I’ve documented my Bipolar journey I’ve never wrote about the mania side of it. This is because when I’m manic I rarely think anything’s wrong and just think I’m on edge.

*Disclaimer before I start. Hypo mania and mania can be slightly different to everyone, so please do not take offence to this. This is solely what happened to me.*

Mania is the happy side of Bipolar as I like to call it. Symptoms may include:

I become manic for roughly 9 days of my bipolar cycle (the swing between mania and depression). During this time I rarely sleep, I over plan things (for example I planned my whole Asia backpacking trip in 3 days). I talk a lot which drives people completely mad. The easiest way to describe the on edginess of bipolar is like being inside of a fishbowl and not being able to get out.

My first realization of being Manic?

Interestingly, like most people with bipolar I was unaware it was happening. However, now after speaking to my psychiatrist I know exactly when my first episode was and when every episode has been. Let me break it down for you.

I was sitting on a bus and felt like everyone was out to get me or cause me harm. I’d ended things with a guy I was seeing who for some reason even know I REALLY liked him two weeks before I’d now completely lost interest. This carried on for a few days and then BAM! I thought it would be a brilliant idea to hand my notice in at my well paying job because I was adamant I was going to get into York University. This is important because two months previous I thought it would be a grand idea to apply to brick university even though I was a year into studying with Open University. Was that a manic episode? Who knows.

So I carry on as “normal” but I upped the drinking and partying because I felt amazing and I couldn’t sleep, I was lucky to be getting 2 hours of sleep a night because I was out partying and not getting home until 4/5am. This carried on until one night I just knew something wasn’t right because I’d started sad drinking to try and get the high back. I left the bar I was at, at about 1am (being one of the last to leave) and called my best friend screaming down the phone that no one would care if I wasn’t here anymore and I was done. This was the turning point because after this phone call the next day I crashed. I didn’t go to work, I didn’t talk to anyone, I just wanted to be left alone in the dark in my bed. Little did I know that this was in fact, as I call it, the crash of bipolar mania. The crash is when your mood flips and you come out of mania and slip into depression.

August started off fine, I felt extremely balanced. That was until I had a weekend of about 4 hours of sleep… I’d booked an over night coach on a Friday to go to Boardmasters music festival in Newquay, Cornwall (this is about 8 hours from London) and then and over night coach back to London the same day as the festival on the Saturday. I then got back to London Sunday morning and went to Gatwick airport, stayed over night, again slept for 2 hours and then got an early flight to Ibiza. For anyone whose been to Ibiza you’ll know your life is flipped from day to being night and night to being day, so you can imagine my sleep pattern. I then flew home Thursday night and got back to London early hours of Friday morning. Then then got a coach to see my friend in Worcester, again partying and then came back Sunday night. Manic episode? HELL F’ING YES.

Over December I was working a lot and sleeping little whilst I was in York so you can imagine what was in store for January… you guessed! another manic episode. Although this was the last one before I got help because this was the first one that turned from me being fun manic to me being angry manic. I’d had a lot to drink one night whilst feeling very on edge, of course this lead to me being VERY paranoid and self conscious. A few things happened which lead to me being annoyed, which lead to me having a break down and lashing out at people who didn’t know me unbipolar. I still hadn’t been diagnosed but me shouting in someone’s face should’ve been the first indication because it’s so unme.

In my conclusion mania is probably scarier than depression. Why you may ask? because we lose touch with reality and become someone who we aren’t. We don’t know what we are doing and we do things that ruin our lives. Yes being depressed is bad because you don’t want to be here but at least it’s a choice. Being manic and wanting to jump from a building because you think you can fly isn’t a choice. I know this may upset some people especially those with depression but until you experience mania, I don’t think you can judge us.

For anyone struggling or who thinks they may have bipolar I suggest checking out the bipolar UK website or for anyone suffering with depression to call the Samaritans.

Please also feel free to message me or leave me a comment! 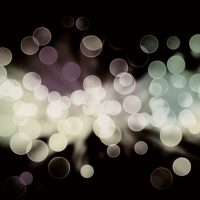 My Journey to grow my love of Photography

Top 10 of Anything and Everything - The Fun Top Ten Blog